In Canada, the federal and provincial governments have issued invitations

to people to apply for permanent residence almost every week.

Many people used to apply for permanent residence

through the provincial nominee programs,

but now they are also preparing for the federal immigration program, Express Entry

as the score for invitation has been lower.

or immigrating to Canada.

In the past, you would inevitably choose smaller cities in Canada

when you thought YOUR qualification was not so good

such as a place for good education for your kids

or you really want to go regardless of your qualification.

Not surprisingly, even Ontario and BC governments also lowered their invitation scores

due to the aftermath of COVID-19.

There is another province where is claiming about lacking immigrants.

The Alberta government has invited more than 6,000 applicants every year on average.

But last year they did not fill the expected 6,000 people because of the COVID-19.

The number of invitation issued last year was 4,000,

They are still processing applications submitted in 2020,

and the target number of candidates for 2021 has not been announced yet.

Currently, they are constantly recruiting people through Alberta Express Entry as well.

1,700 people were submitted through the AOS system,

and over 450 people are registered in the Alberta Express Entry Pool.

Even if people are currently registered in AOS and Alberta EE, 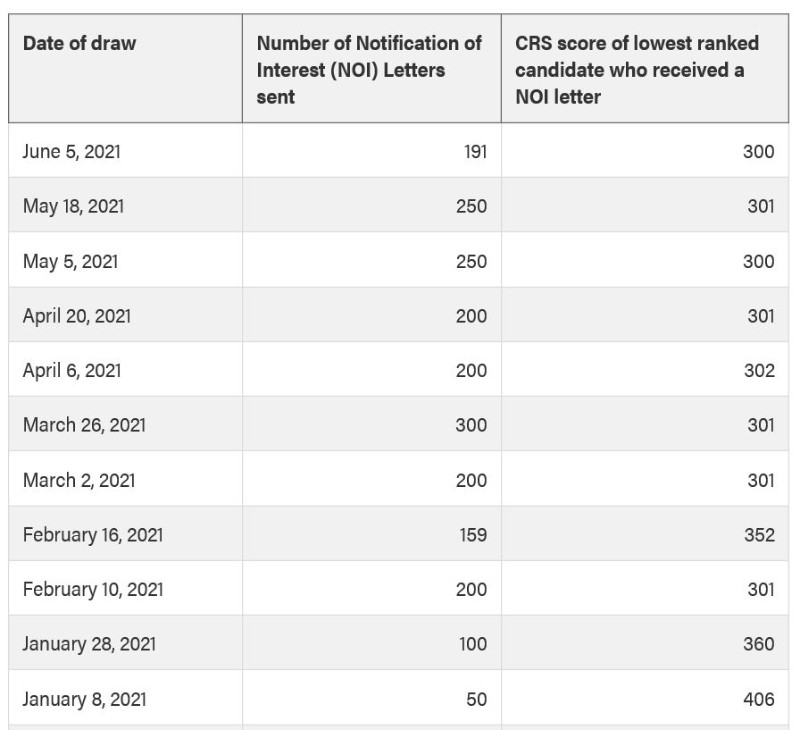 If you look at the scores on the table that have been drawn for ABEE,

they usually drew scores around 300 on average.

You can see that they issue NOI starting with 300 points or 301 points, taking turns

except for the records in January and February this year.

In addition, approximately 200 nominees are issued for each selection.

For this reason, there are many people who are planning to move through Alberta EE

from the beginning among those who are thinking of immigration to Alberta.

Even if you can be selected with 300 points,

when you think about your age or language abilities.

However, it would be good for you to prepare with the possibility of being selected

based on the current Alberta’s immigration draw trend

with a lower Alberta EE score as the federal EE did. 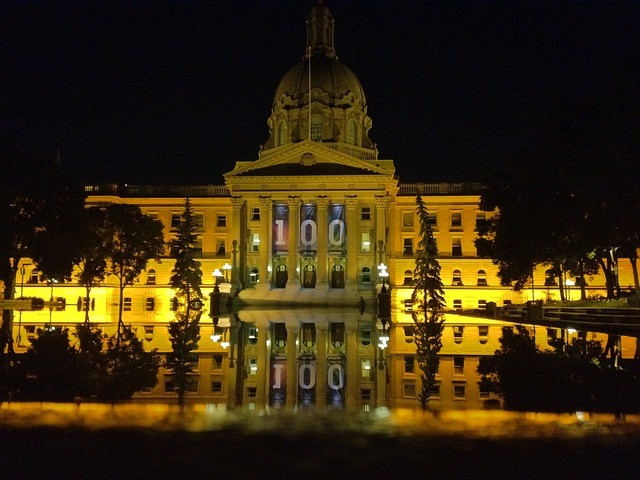 Since the Alberta government also has to select a certain level of immigrants for each program, even if it is not a perfectly satisfactory number, it is necessary to calculate the appropriate number to determine the next number of immigrants to be selected.

Then they can picture the amount of applying for the federal or provincial nominee programs or the projected immigrant population scenario.

So you need to focus on the Alberta province again at this point.

Alberta has two big cities, Calgary and Edmonton, and has been considered

as a destination for study and immigration.

Compared to Calgary, which is already famous,

Edmonton is lesser known, but it is a really nice city indeed.

Once people know about the city, people want to live there forever.

In fact, Edmonton is the capital of Alberta, and it is the center of Alberta's government

and the headquarters of important industries and companies are concentrated in Edmonton.

[Read more about the Edmonton]

The local Canadians living in Calgary or Koreans who have already immigrated a long time ago or were born in Alberta tend to prefer to work or go to school in Edmonton rather than Calgary.

It is because Edmonton has a prestigious Canadian university called the University of Alberta, as well as NAIT, which is not an exaggeration to say that it is comparable with SAIT.

Actually, NAIT is slightly larger than SAIT, and the characteristics of

Therefore, people apply for admission by comparing SAIT and NAIT,

according to their major or local characteristics.

Because NAIT is also a specialized technology college designated by Canada,

Most of all, they have an excellent curriculum as well!

Also, due to the characteristics of Alberta,

it has been given special privileges, the oil sand

and is a place where petrochemical, mechanical engineering,

and various maintenance-related technologies have been developed,

and NAIT has specialized programs related to these engineering.

to two or three-year diplomas and even undergraduate courses.

After graduation, you can get a Post-Graduation Work Permit (PGWP) that is valid for 1 to 3 years. So, you can try the Alberta provincial nominee programs or federal programs

after graduating and finding a job.

I will explain more about NAIT next time. ??

After graduating from school, you can try to immigrate with the paths I mentioned above.

However, I can see that how you approach is probably the biggest issue for you.

when compared to other provinces.

Murphy can tell you that is true.

As you know, their screening is stricter and harsher than in other provinces.

However! Let me cut to the chase!

Then, you may also think ‘isn't it easier compared to other provinces under these conditions?

However, if you are accompanying your spouse, they cannot apply

under the AINP - worker streams even if they have a work permit.

They should apply for under ABEE, instead.

In fact, Alberta has the same need to accept more immigrants as well.

Before the COVID-19 has spread, they selected applicants

Currently, selecting applicants with the necessary job groups and conditions can be helpful

to the province, but now filling the required manpower is the priority.

Therefore, they will make efforts to effectively meet the number of immigrants

Now, if you are preparing for immigration,

you should look at these directions and trends and make a plan.

Alberta can be one of your options.

If you would like to get more information on Alberta, and admissions and procedures for NAIT,